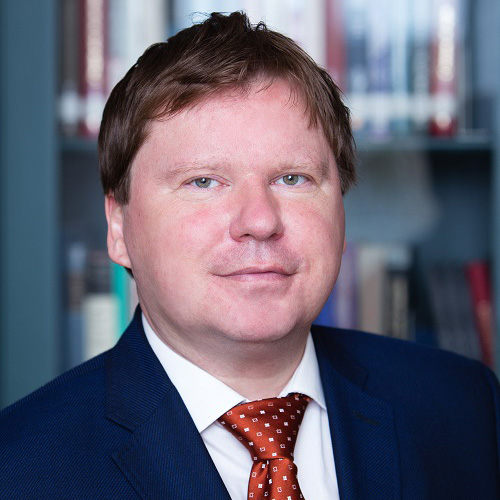 Dr. Arnis Sauka is an Associate Professor and the Director of the Centre for Sustainable Business at SSE Riga. He has a Ph.D. from the University of Siegen (Germany) and has been a Visiting Scholar at Jönköping International Business School (Sweden) and University College London (U.K.). His academic research findings, which deal with the shadow economy, tax morale, productivity and competitiveness, social responsibility, internationalisation of companies and entrepreneurship policies, have been published in journals, including Journal of Business Ethics, International Small Business Journal, Journal of Comparative Economics, Journal of Baltic Studies, Baltic Journal of Economics  as well as number of edited books and book chapters published by Springer, Routledge, Edward Elgar, IGI Global, Blackwell and Peter Lang.

Arnis has also been involved in management and consultancy activities, including working as Vice Rector for Studies and Research at Ventspils University College (2011-2013), where he established the Centre for Entrepreneurship Innovation and Regional Development. He is a board member of the NGO BASE (Business Against the Shadow Economy) (since 2015), and a senior consultant for PricewaterhouseCoopers (2008). From 2011-2014 he was Advisor to the Minister of Health on Financial and Economic Issues. Arnis is also an Expert in Management Science and an Expert in Economics at the Latvian Council for Science (since 2011) as well as a member of the promotion committee of the doctoral programme implemented by the BA School of Business and Finance and RISEBA University. He has organized various events, including academic and applied conferences, workshops, seminars, etc., as well as is a frequent speaker in the national media commenting economic and business related issues. Arnis also runs his consultancy company “ASAPplied Analytics” and teaches on undergraduate and graduate level.